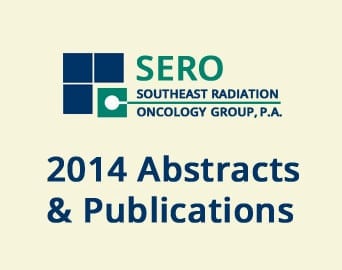 Abstract: Reassessing dose constraints of organs at risk in children with abdominal neuroblastoma treated with definitive radiation therapy: a correlation with late toxicity.

In children treated with definitive radiation therapy (RT) for abdominal neuroblastoma, normal tissue constraints for organs at risk (OARs) are not well-standardized or evidence-based. In this study, we analyze dosimetric data of principal abdominal OARs, reassess existing RT planning constraints, and examine corresponding acute and late toxicity to OARs.

The treatment plans of 30 consecutive children who underwent definitive RT for high-risk abdominal neuroblastoma were reviewed. Dose-volume histogram (DVH) statistics were recorded for the ipsilateral kidney (if unresected), contralateral kidney, and liver. DVH data were analyzed to determine if OAR constraints from recent protocols were met and correlated with the development of toxicity.

In children treated for abdominal neuroblastoma, the risk of developing clinically significant RT-related late toxicity of the kidney and liver is not appreciable, even when current DVH parameters for OARs are not achieved in planning. Toxicity outcomes did not necessarily correlate with present-day OAR dose constraints. Currently utilized DVH constraints are highly variable, and must be further studied and supported by toxicity outcomes to more accurately characterize risk of complications. Pediatr Blood Cancer © 2014 Wiley Periodicals, Inc.

How to Reduce Risk of Prostate Cancer

When should I get a prostate exam?
Scroll to top