Most of us have moles on our bodies. While moles can be perfectly normal, it is important to understand the characteristics of a normal mole as well as atypical moles and cancerous moles and whether we need to see a specialist to determine if a melanoma, or skin cancer, is present.

Atypical moles are also called dysplastic nevi. They are very similar to melanoma, but it often takes a medical professional to distinguish the difference. While not all dysplastic nevi are cancerous moles, they can become cancerous. That’s why it’s important to keep an eye on atypical moles.

In this blog, we will review all the characteristics of common moles, atypical moles, and cancerous moles so that you can better conduct regular self-examinations and monitor for warning signs of melanoma. Though melanoma is highly curable if found in its beginning stages, the cancer can be deadly if it spreads to other organ systems. That being said, early detection is key.

What Are Common Moles?

Common moles are small growths that appear on the skin. These growths are made of melanocytes, which are pigment cells that are responsible for producing skin color. When melanocytes grow in clusters, moles are produced.

Many people have moles on their body that they are used to seeing on a daily basis. According to the National Cancer Institute, adults typically have between 10 and 40 moles.

Many people are born with moles which frequently develop during childhood and continue to form through middle age. When people reach the age of 40 or 50, the formation of new moles is less common, and moles tend to fade or may go away completely after middle age.

Usually, moles are found above the waist and are often located in areas that are exposed to the sun. Rarely, moles may appear on the breast and buttocks.

Moles vary in shape and size; however, they are all usually round, slightly elevated, and regular in shape. Characteristics of a common mole include:

Many moles can darken after exposure to the sun, but it is important to note that these moles are not precancerous lesions. Instead, they are just the result of melanocytes, or clustered cells in the skin, that create the darker pigmentation.

From childhood to middle age, normal moles can change, becoming more raised or different in color, sometimes even sprouting hair. Some people choose to have normal moles removed. However, this procedure is cosmetic and very different from the removal of a precancerous or cancerous mole.

Do you want to learn everything you need to know about skin cancer: What to expect, how do you treat it, and how it will affect your life? Download our free eBook today and get your questions answered.

What Are Atypical Moles?

An atypical mole, also known as a dysplastic nevus, is a mole that looks different than common moles.

Characteristics of an atypical mole include:

Atypical moles form anywhere on the body including the scalp, breasts, or legs, but are often found in areas that are frequently exposed to the sun. Most people with atypical moles also have more common moles than usual.

It is important to understand the characteristics of an atypical mole so that if you detect one on your body, you can seek the help of a professional to make a diagnosis and treatment plan if necessary.

As mentioned earlier, an atypical mole can turn into a precancerous mole, specifically melanoma. However, research indicates that most atypical moles remain stable over time. People with more than 40 moles or more than five dysplastic nevi have a greater risk of developing skin cancer.

What Should I Do About Atypical Moles?

Protecting yourself from harmful ultraviolet radiation emitted by the sun is especially important for people that already have a high number of common moles or atypical moles. Always wear sunscreen or protective clothing.

Doctors recommend that people with atypical moles perform a self-check on their skin once a month. During these routine checks, look for the following in atypical moles:

If you notice any changes in color, size, texture, and shape, speak to your doctor right away.

Should My Doctor Remove Atypical Moles?

Atypical moles rarely need to be removed as long as they do not show any of the changes listed above, in which they may be precancerous moles and need to be removed right away. Most doctors recommend regular monitoring of atypical moles. While it is possible for a dysplastic nevus to turn into a melanoma, the chance is very low. However, you can elect to have an atypical mole removed for cosmetic reasons.

There are different causes of skin cancer and many of these involve sun exposure. When people are exposed to the sun, the ultraviolet radiation often damages the DNA of the skin cells themselves. As the DNA is damaged, the cells are unable to produce proteins and cannot correctly respond to the various signals of the body. As a result, they divide out of control and lead to the symptoms of cancer. Therefore, it is important to spot a precancerous lesion before it gets too big.

What Are the Signs of a Precancerous Mole?

There are several signs that set precancerous moles or skin lesions apart from the standard mole. These include:

A common mole is typically symmetrical. It is round, sometimes elevated, and shaped evenly. On the other hand, precancerous or cancerous moles are asymmetrical. They typically have irregular, confusing shapes.

Whereas a common mole is one color, a precancerous mole is often a mixture of various colors like brown, black, red, or blue.

The larger the mole, the more likely it is precancerous. If a mole is larger than five millimeters, it should be evaluated by a doctor. Even if it is not ultimately a form of skin cancer, it may still cause health problems that deserve the attention of a professional.

Moles develop in the early years and stay the same size. If a mole is getting bigger, it must be examined. People who notice a new mole in their 40s or 50s should also see a doctor.

What Should I Do About a Precancerous Mole?

If there is concern that a skin lesion is precancerous, a doctor should take a look at it. In some cases, the lesion may need to be biopsied and placed under a microscope for more information.

Special stains can be used to try and differentiate a mole from a skin lesion. If the lesion is deemed to be cancerous, various treatment options can be discussed.

If melanoma is present, in some cases cancer can be removed in its entirety in a single appointment. In other cases, surgery may be used in combination with chemotherapy and radiation to kill the cancer cells. Radiation is also used as a primary treatment for some non-melanoma skin cancers. This decision should be made in conjunction with a cancer specialist.

In the end, it can be difficult for people to tell the difference between a simple mole and a precancerous skin lesion or precancerous mole. Because of this, it is important to conduct detailed skin exams regularly. If there are any questions or concerns, schedule an appointment with a trained health professional.

How Dangerous Is a Cancerous Mole?

A cancerous mole that results in melanoma, or skin cancer, can be very dangerous. Melanoma is the most common form of cancer in the U.S. according to the CDC.

Melanoma is dangerous primarily because it can spread to other organ systems in the body. When people are exposed to the sun, the ultraviolet radiation often damages the DNA of the skin cells themselves. As a result, the cells divide out of control and, if left untreated, lead to systemic health issues.

However, if the disease is identified before it spreads, it is highly curable. According to the National Cancer Institute, the estimated five-year survival rate for patients whose melanoma is detected early is about 99 percent.

In the end, it can be difficult for people to tell the difference between a simple mole and a precancerous mole. Because of this, it is important to conduct detailed skin exams on a regular basis. If there are any questions or concerns, schedule an appointment with a trained health professional.

Can Moles Turn into Cancer?

Though moles can turn into cancer, or melanoma, it is rare. According to the National Library of Medicine, only 20 to 30 percent of melanomas arise from preexisting moles. Most precancerous skin lesions occur in areas that would otherwise be considered normal, healthy skin. Nevertheless, having moles does increase an individual’s chances of developing cancer. People who have more than 50 common moles are more likely to develop melanoma, as are individuals with more than five dysplastic nevi. A family history of skin cancer also increases the likelihood of developing melanoma. Again, it is important to conduct detailed skin exams regularly. All moles, but atypical moles especially, should be monitored for any changes in shape, color, or size. These changes should be discussed with a doctor.

How Can You Tell if a Mole Is Cancerous?

Only a doctor can confirm if a mole is cancerous. To do so, the mole will need to be biopsied and placed under a microscope for more information. If the skin lesion is cancerous, your doctor will work with an oncologist to determine the best course of action. Regular self-checks can help in detecting melanoma in its early stages. If a mole has changed in shape, color, or size, it could be cancerous. Other warning signs include itchiness, tenderness, or pain; scaling, oozing, or bleeding from an existing mole; or redness and swelling radiating from an existing mole. If you are experiencing any of these symptoms, you should speak with a trained medical professional.

How dangerous is mole cancer?

Atypical moles can develop into a skin cancer called melanoma. Melanoma can be very dangerous if not detected and treated early because it can quickly spread throughout the body. While melanoma is usually curable when detected early, it is deadly if left untreated.

Do you want to learn everything you need to know about skin cancer: What to expect, how do you treat it, and how it will affect your life? Download our free eBook today and get your questions answered. 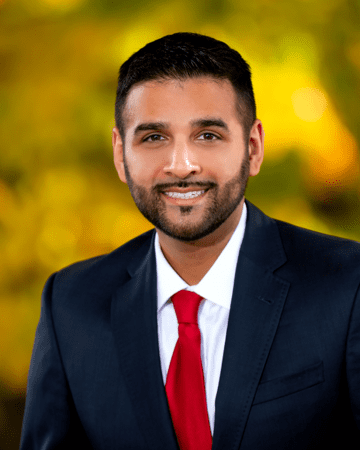 What Makes a Healthy Cell Turn Cancerous?
Scroll to top