You are here: Home1 / Breast Cancer

Breast cancer is the most common type of cancer in American women, according to the American Cancer Society. While women over 50 are most likely to be diagnosed with breast cancer, it can still occur in younger women.

59,000 women learn they have in situ or noninvasive breast cancer every year

Nearly 40,000 women will die from breast cancer each year

Early detection is an important aspect of treating breast cancer. Mammograms can detect breast cancer up to two years prior to a tumor being felt by an individual. For most women, routine mammograms should begin at age 50. 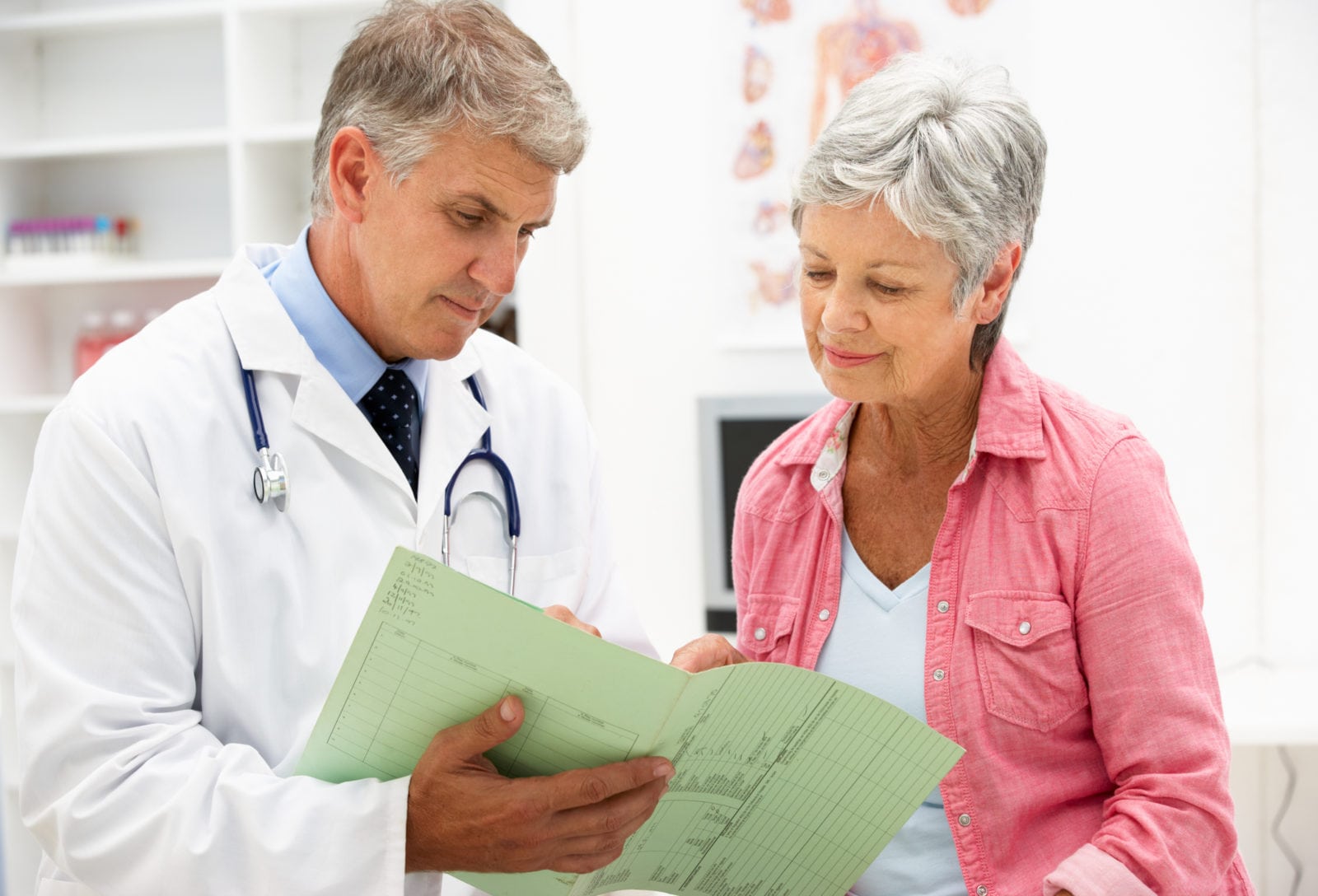 Symptoms and signs of breast cancer vary from person to person. If you are experiencing changes to your breasts, it’s important to contact your doctor to determine the cause.

Most women who develop breast cancer do not have known risk factors, but some factors may increase the chance of developing this disease. One of these risk factors is age — the median age of a breast cancer diagnosis is 62 in the United States, according the Susan G. Komen.

Other risk factors include:

Breast tumors are typically, but not always, painless, so it is important to have any breast or underarm lump checked. Swelling, discoloration, thickening of the skin, or nipple discharge also should be checked immediately.

In some cases, a biopsy to determine if you have breast cancer will be done in an office setting using a needle to remove cells from the lump.

A stereotactic biopsy uses mammography targeting to pinpoint smaller tumors and permit a small amount of tissue to be removed by a needle for diagnosis. Your surgeon may suggest removing the lump to see if you have cancer. 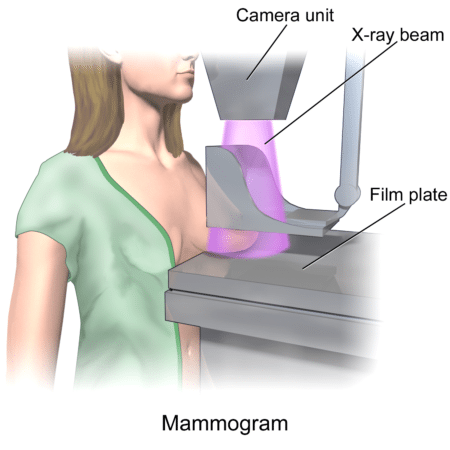 The breast is made up of ducts and lobules surrounded by fatty tissue. Cancer confined within a duct is called ductal carcinoma in situ (DCIS). Lobular carcinoma in situ (LCIS) is cells confined to a lobule. Tumors that break through the wall of the duct or lobule are called infiltrating ductal or infiltrating lobular carcinomas. Inflammatory breast cancer may involve the entire breast with specific skin changes and swelling. Breast cancer treatment often depends on various factors.

If you’re ready to take the next steps in your breast cancer treatment, consider the radiation oncologists at SERO. We have 30+ board-certified physicians in Charlotte, NC and surrounding locations. We are proud and honored to treat patients across the Southeast United States.

Studies have shown that women with early-stage breast cancer who have a lumpectomy to remove the cancer followed by radiation live just as long as women who have a mastectomy and may be preferred by many women. The standard of care after breast-conserving surgery is external beam radiation therapy. Often, this follows chemotherapy.

Your surgeon will perform an operation called a lumpectomy, also called a partial mastectomy, excisional biopsy or tylectomy, to remove the tumor. In some cases, a second operation called a re-excision may be needed if microscopic examination finds tumor cells at or near the edge of the tissue that was removed (called a positive or close margin).

To see if your cancer has spread, your doctor may remove several lymph nodes from under your arm (axilla). If any of these nodes contain cancer cells, more nodes may be removed.

Breast-conserving surgery is not suitable for all breast cancer patients. Talk with your surgeon to see if this is the best procedure for you. 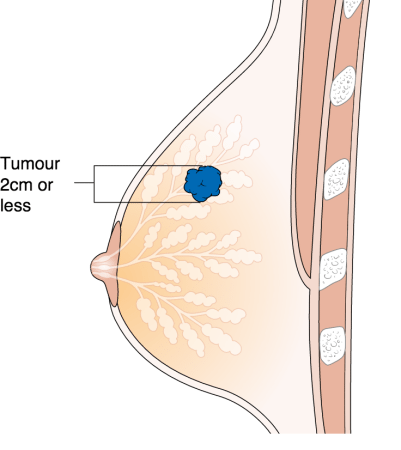 Breast brachytherapy involves placing flexible plastic tubes called catheters or a balloon into the breast. Over one to five days, the catheters or the balloon are connected to a brachytherapy machine so high doses of radiation can treat the nearby breast tissue. MammoSite™ is an example of a balloon catheter device used in this procedure.

The long-term results of these techniques are still being studied. Talk with your radiation oncologist if you would like more information.

In cases where the breast is surgically removed, your doctor may suggest radiation therapy for the chest wall and nearby lymph node areas.

Whether or not radiation therapy should be used after removal of the breast depends on several factors, including the number of lymph nodes involved, tumor size and surgical margins