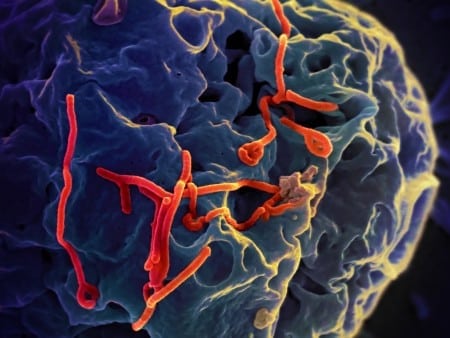 Scientists looking for new treatments for patients with brain tumors, including those caused by metastatic melanoma, have turned to an unlikely source: a deadly tropical virus.

The virus, called Lassa, causes a deadly hemorrhagic fever endemic to West Africa. A team of cancer scientists from Yale and Harvard are altering part of the virus’s genetic code, combining it with a different virus, and injecting it into the human brain where they hope it can be used to find and destroy cancer cells.

Scientists have paired parts of Lassa’s genetic code with vesicular stomatitis virus, or VSV, to create a new virus called a chimera. A chimera is an organism created by combining the genomes of two existing organisms to create something new.

Some viruses, such as VSV, have been shown in lab tests as being effective at attacking and destroying cancer cells without damaging healthy cells in the brain. Many types of cancer cells are unable to produce interferon, which is a protein that normal cells use to ward off infections, such as VSV. Because of this, these types of viruses, including the Lassa-VSV chimera, offer new hope in creating a treatment that does what many have failed to do in the past: target cancer cells without damaging normal cells in the patient.

Testing is still in early stages for the Lassa-VSV chimera treatment, but early findings in lab mice and human cell cultures have been promising: scientists believe the approach may one day yield results for patients with certain kinds of brain tumors, such as glioma or melanoma.

“The fact that Lassa-VSV targets both glioma and melanoma suggests that the virus could be good at targeting many other types of cancers,”said Anthony Van den Pol, a Yale neurosurgery professor whose team has tested VSV against cancer in lab animals, as well as in cultures of human cells, in an article for the Washington Post.