On December 18, in a sweeping move in the fight against skin cancer, the FDA proposed a national ban on indoor tanning for people under the age of 18. Medical experts have called the move an important step in reducing the risk of skin cancer in the United States. 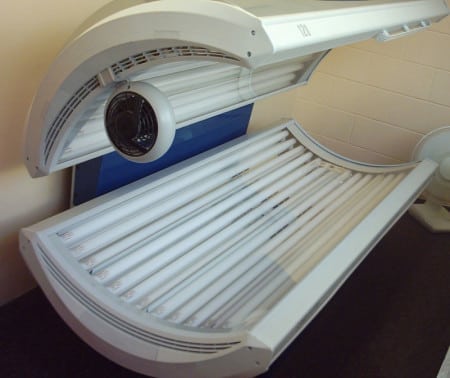 According to the New York Times:

For decades, medical researchers saw indoor tanning as little more than a curiosity. But evidence has been gathering that tanning beds may play more of a role in the nation’s cancer numbers than originally thought. A review of the scientific research published last year estimated that tanning beds account for as many as 400,000 cases of skin cancer in the United States each year, including 6,000 cases of melanoma, the deadliest form.

And unlike most other cancers, where the rates of new cases are flat or declining, melanoma has continued to rise by about 3 percent a year for the last couple of decades. Health experts worry that tanning beds — still popular, particularly among young women — are a significant contributor.

Some states have already banned the practice for minors, but the service is still broadly accessible in most states, with salons dotting strip malls across the country and tanning beds popping up in places like gyms, college campuses and spas. A 2014 study by University of Miami researchers found more tanning salons in Florida than McDonald’s restaurants, CVS stores or Bank of America branches.

Health experts say that the proposed ban is a critical step because young people are at the highest risk of facing health consequences from using indoor tanning bed. For people who use tanning beds, even once, before the age of 35, the risk of melanoma increases by 59 percent.