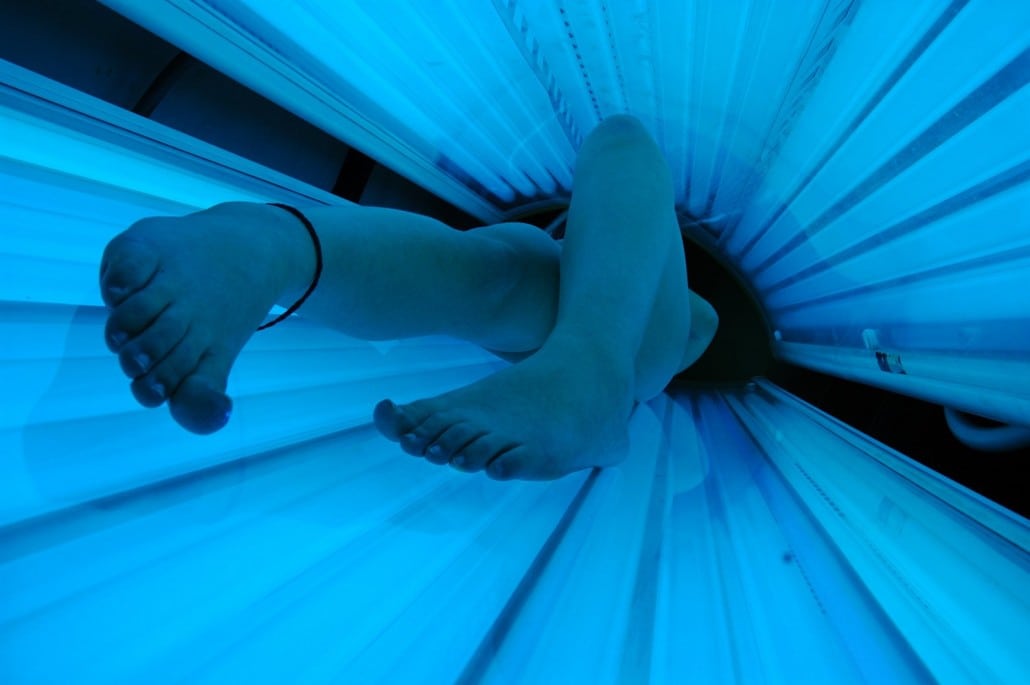 In a new study, researchers explored the effectiveness of targeting tanning bed users with Google ads that warned of skin cancer risks.

In the past decade, tanning beds have been identified as a deadly human carcinogen and major public health issue. As of 2009, the World Health Organization began classifying ultraviolet (UV) radiation-emitting tanning devices, including tanning beds and lamps, as a “Group 1 carcinogen.” Group 1 carcinogens are the most dangerous forms of cancer-causing radiation—the list also includes plutonium, radium, and radiation from the sun.

The number of U.S. adults who use tanning beds has declined steadily since 2010—a dip that can most likely be credited to widespread universal in the medical community that tanning beds cause cancer and a greater public awareness of the dangers of tanning. Even still, an estimated 10 million Americans still use tanning beds—a large portion of which are people under the age 30.

Within this demographic, tanning bed use remains common, with 1 in 5 adolescents and more than half of college students having been exposed to indoor tanning devices at some point in their lives.

Given these facts, researchers at the journal JAMA Dermatology conjectured that many of the people who continue to use tanning beds are simply unaware of the medical dangers associated with exposure to the devices. While several large-scale publicity campaigns exist that effectively convey the information, including efforts by the CDC and FDA, many tanning bed users may have never been alerted to the message.

Using Search Engine Advertising to Get the Word Out

In order to reach these groups, the research team decided to reach out to tanning bed users via Google. They purchased a series of ads using Google AdWords, which is an advertising tool that allows campaigners to target specific keywords via Google’s search engine. The ads then appear on search result pages containing the chosen keywords.

The JAMA researchers targeted keywords that might appear in the search results of a person trying to find a nearby business that offers indoor tanning. Their keywords included tanning, tanning bed, and tanning salon.

According to the authors of the paper, “awareness of the dangers of tanning beds is one of the factors that can lead to behavior change. The goals of this study were to examine the volume of tanning bed–related searches on Google and pilot the use of Google’s advertising service for dissemination of skin cancer prevention messages to users entering searches related to tanning beds.”

When users clicked on the ads, they were directed to sites with information on the dangers of tanning and dangers of skin cancer, such as Centers for Disease Control and Prevention’s The Burning Truth Campaign.

Based on a the experiment, the researchers weren’t able to conclude whether the ads where effective in changing the behavior of the people who clicked on them. But people did indeed click. The ads ran from April through June of this year, and more than 2,200 people clicked through to access information about skin cancer.

The research paper was published on the JAMA dermatology website on October 7 and can be purchased in full through the website.