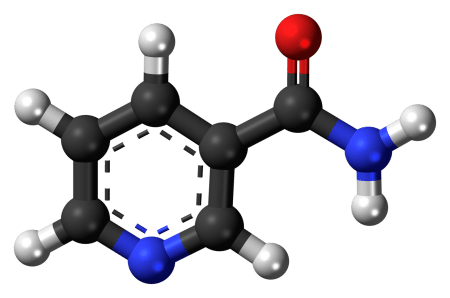 Dr. Diona Damian, Professor of dermatology at the University of Sydney Australia reported at
the Annual 2015 meeting in Chicago of the American Society of Clinical Oncology on their study
using vitamin B3 to prevent common skin cancers in their elderly population. Roughly 400
patients were randomized to taking 500 mg of nicotinamide twice a day and were matched to
approximately 400 patients that took placebo. These populations were followed for new skin
cancers of the basal cell and squamous cell subtypes over the next year. There was a 23%
reduction in new skin cancers in the population taking the vitamins. Melanoma incidence was
not looked at in this trial however may be considered in future trials. It is not clear how long the
benefit will last as the patients took the medication for only one year. Dr. Damian mentioned
they may study the high risk transplant population where chronic immunosuppression leads to
more virulent basal cell and squamous cell cancers to see if the impact remains there.

Basal cell and squamous cell cancer went found early can be treated with cryoablation or
chemotherapeutic lotions. More invasive lesions can be treated effectively with surgical
removal sometimes requiring techniques where close margins are monitored pathologically layer
by layer called Mohs Surgery performed by a specialized dermatologist called a Mohs Surgeon
who typically works with a plastic surgeon to repair the surgical defect.

A nonsurgical approach that is growing in popularity involves various forms of superficial
radiation using electron beam, electric brachytherapy (EB), and the superficial KV radiation
systems. This noninvasive, nonsurgical approach delivers surface radiation that sloughs the
tumor over a series of visits usually 2 to 4 weeks. The cancer control rate is excellent and
similar to surgical options in the range of 85 to 98% Control/Cure. This approach is ideal for
those on blood thinners or those not fit for surgery, those where the tumor is immediately over bone or
extremities were healing is challenged,or those where surgery may harm the cosmetic
appearance of the body part. All options should be discussed when diagnosed with a skin
cancer.