Does Vaping or Smoking Marijuana Cause Lung Cancer?

You are here: Home1 / Blog About Cancer2 / Lung Cancer3 / Does Vaping or Smoking Marijuana Cause Lung Cancer?

Doctors unanimously agree that cigarette smoking increases your risk for lung cancer. However, the medical community understands less about how smoking e-cigarettes (vaping) or smoking marijuana affects the lungs over time.

For now, preliminary research does suggest that both habits can harm respiratory health. As such, the American Cancer Society cautions against the use of e-cigarettes and the American Lung Association recommends abstinence from marijuana use.

Does Vaping Cause Lung Cancer?

Popularized in the early 2000s, vaping is generally considered safer than cigarette smoking. Many doctors even recommend vaping to smokers who are hoping to quit. But that doesn’t mean e-cigarettes are healthy.

Since the liquid inside e-cigarettes (often called “vape juice” or “e-liquid”) contains carcinogenic chemicals, cancer is a very real concern. However, vaping products haven’t been on the market long enough for experts to determine the cancer risk.

Because of this uncertainty, the American Cancer Society strongly urges non-smokers to avoid e-cigarettes or vaping in any form³.

What Does Vaping Do to Your Lungs?

Though the question of whether or not vaping causes lung cancer remains unanswered, there is a lot we do know about e-cigarettes.

For starters, we know that the substances commonly found in vape juice (e.g. formaldehyde, acrolein, diacetyl) are toxic. When inhaled, these chemicals cause an inflammatory response in your lungs. In return, vaping can worsen asthma and other existing lung conditions.

Over time, vaping can cause other issues such as:

This condition causes a range of symptoms, from shortness of breath to diarrhea. Treatment includes steroids and antibiotics. However, since there is a lack of long-term data, the prognosis for patients is unclear⁴.

“Popcorn lung,” or bronchiolitis obliterans, is an incurable respiratory condition that affects the smallest airways of the lungs.

This condition is caused by diacetyl, the yellow liquid that gives microwave popcorn its signature buttery taste. Manufacturers also add diacetyl to vape juice to improve the flavor. When inhaled, diacetyl triggers inflammation that can permanently scar the lungs.

Before the advent of e-cigarettes, lipoid pneumonia was very rare. But since vape juice contains glycerine derived from vegetable oils, this condition is becoming increasingly prevalent. Unfortunately, there is no effective cure.

A pneumothorax, or a collapsed lung, occurs when air leaks into the space between your lungs and chest wall. This air pushes on your lung, causing it to collapse.

Most patients with a collapsed lung have suffered a chest injury, like a gunshot or knife wound. However, vaping can also cause blisters on the lungs (blebs) to rupture, allowing air to escape. Surgery is often needed to treat this condition.

Does Smoking Weed Cause Lung Cancer?

Much like vaping, the link between weed and lung cancer is unclear.

Experts do know that marijuana smoke contains many of the same toxins, irritants, and carcinogens found in tobacco smoke⁵. Plus, since marijuana smoke is often inhaled more deeply than cigarette smoke, it leads to more tar deposition⁶.

At this time, additional research is needed to fully understand the effects marijuana may have on lung cancer. As such, the American Lung Association cautions the public against smoking marijuana⁵.

What Does Smoking Marijuana Do to Your Lungs?

According to the CDC, smoking weed can damage small blood vessels in your lungs and cause airway inflammation⁷.

As a result, you may experience symptoms like coughing, wheezing, and shortness of breath. Existing lung conditions like asthma may also worsen.

Other concerns related to smoking marijuana include:

If you smoke marijuana, you may develop a lung infection called aspergillosis. This infection is caused by a fungus that lives on marijuana plants.

Symptoms of aspergillosis vary greatly, from a mild headache to a cough that produces blood. Fortunately, most cases can be treated with antifungal medication.

Bullous emphysema is characterized by the development of bullae in the lungs. A bulla is a permanent, air-filled space that compromises your ability to breathe. Besides symptom management, there is no treatment for bullous emphysema.

Unfortunately, current research offers inconclusive answers to these questions.
However, experts predict that the medical community will arrive at a more definitive verdict in the coming decades.

In the meantime, look to reputable sources for up-to-date information regarding the health risks of vaping and smoking marijuana. Reliable organizations include:

Recognize the signs of lung cancer and whether you are experiencing any of them. At SERO, our radiation oncologists are dedicated to improving patient lives with up-to-date information and state-of-the-art treatment options for lung cancer care.

1. Lung Cancer: What Are the Risk Factors? (2022).
https://www.cdc.gov/cancer/lung/basic_info/risk_factors.htm

4. Outbreak of Lung Injury Associated with the Use of E-Cigarette, or Vaping, Products. (2021).
https://www.cdc.gov/tobacco/basic_information/e-cigarettes/severe-lung-disease.html

6. What Are Marijuana’s Effects on Lung Health? (2020).
https://nida.nih.gov/publications/research-reports/marijuana/what-are-marijuanas-effects-lung-health 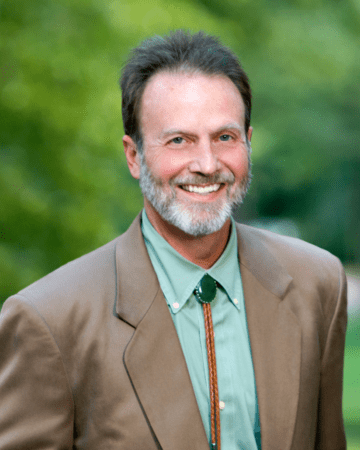 How Does Radiation Change Your Body?

Does Radiation Therapy Weaken the Immune System?
Scroll to top