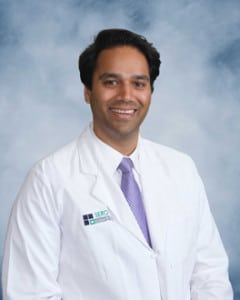 The SERO Journal Club met on November 21, 2014 and discussed the recent highlights from the American Society of Therapeutic Radiation Oncology meeting in San Francisco. One topic covered was the further work confirming the beneficial role of radiation therapy given after surgery for prostate cancer with certain pathologic and serum PSA findings.

A joint consensus guideline was recently released by the AUA (American Urologic Association) and ASTRO (American Society of Therapeutic Radiation Oncology) regarding when radiation should be used in men who have undergone radical prostatectomy for prostate cancer. Radiation after surgery (adjuvant radiation) was recommended for patients with certain high risk pathologic features found after review of the tumor specimen, including invasion of the seminal vesicles, involved surgical margins, or tumor extension outside of the prostate capsule. Adjuvant radiation for these reasons has been shown to significantly reduce the risk of PSA recurrence and tumor recurrence in the pelvis, and possibly the risk of tumor spread to bone and death.

Effects of Smoking on the Body
Scroll to top