While there are many cancer risk factors, some of the top elements that place individuals at risk for developing cancer include genetics, tobacco use, weight, diet, and alcohol consumption.

More than 1.8 million people in the U.S. will receive a cancer diagnosis in 2019, reports the National Cancer Institute. Breast cancer stands out as the most common form of cancer, followed closely by lung and bronchus cancer. Among men, prostate cancer remains the most prevalent.

With nearly a dozen cancers responsible for more than 606,880 people losing the battle in 2019, prevention is critical. Unfortunately, not all cancer risks derive from lifestyle choices. The environment, genetics, occupational hazards, and aging are inescapable cancer risk factors. To reduce the prevalence of cancer, health care professionals and the public need to understand the top cancer risk factors, the types of cancers they may precipitate, and how to better manage their overall risk.

Cancer, while influenced by non-genetic factors, is a genetic disease. The basic definition of cancer involves a cell that malfunctions and fails to undergo apoptosis, also known as cellular death. As a cell becomes immortal, the unrelenting manufacture of proteins leads to unexpected functions and growth, resulting in damage to surrounding tissues. The added pressure on organs, diminished blood supply to healthy tissues, and an inability to perform the cell’s basic function lead to metastasis (spread) and can impair body function.

For example, if the proteins created by a cell were originally intended to repair damaged cells, the cancer cell may instead create misshapen, unusable proteins. Remember, the body can trigger multiple different courses of actions depending on what it needs, and antigens on the surface of cells and proteins stimulate different responses. In this case, the proteins lead to a weakened, damaged tissue. If the tissue were within an organ, such as the liver, the liver begins to lose its ability to function.

Genes carry information from parent to offspring, including genes that trigger the cell malfunctions that can lead to cancer. Since offspring receive half of their genetic material from each parent, there is a chance for parents to pass along genetic risks for cancer, even if the genes were not expressed in the parent.

That is the fundamental risk of genetics and cancer. If the genes were present in the parent’s germ cells, i.e. the egg or sperm, the offspring will carry the genes in all their cells. Unfortunately, that is not the full scope of genetics’ influence on cancer risk.

Individuals have many genes that are not expressed, but they can be “turned on” or altered through different stimuli, such as tobacco use, eating an unhealthy diet, and more. In fact, this is where the environmental influences begin to affect cancer risk. That means it is possible for a cancer to arise when the offspring did not have any cancer associated genes at the time of their conception. In other words, all cancers that are not genetically linked are the result of exposure or activities that contribute to a change in genetic structure.

2. Tobacco Use Increases the Risk of Cancer

Chemicals within tobacco can damage the DNA of healthy cells, leading to or contributing to cancer. Tobacco use contributes to multiple forms of cancer, including:

The wide variety of cancers related to tobacco use makes it one of the leading risk factors for developing cancer. In addition, those exposed to secondhand smoke also possess a higher risk of such cancers, reports the NCI. Smokeless tobacco also increases the risk of oral cancers.

It’s easy to assume that once a person uses tobacco, the damage is irreversible. However, those that quit tobacco use, even after a diagnosis of cancer, have a lower chance of death. Health officials and agencies actively encourage all people to avoid and stop the use of tobacco products, and there is no safe amount of tobacco that is considered a medically acceptable level. On that note, it is important to touch on the topic of vaping.

Vaping arose of out a demand for a non-tobacco alternative that produces smoke-like effects, and some billed it as a safe alternative. Unfortunately, the added nicotine, flavorings, and chemicals used to produce a smoke-like effect have led to hospitalizations and even deaths. According to Science Alert, more than 2,290 confirmed cases of vaping-related respiratory illnesses occurred in 2019. Although little evidence exists to support that vaping is equated with a higher cancer risk, the risk of injury to lung tissues remains. This damage to healthy tissues may increase the risk of genetic damage and increase lifetime cancer risk. This is an area of ongoing research in the medical community, with more information on the possible connection of vaping to cancer likely to come from future studies.

Obesity is an epidemic in the U.S., and it has a strong association with cancer. In 2014, 630,000 people received a cancer diagnosis associated with obesity and being overweight, reports the Centers for Disease Control and Prevention (CDC). The correlation was strongest among 50- to 74-year-old adults, and excluding colorectal cancer, the cancer rate increased 7% between 2005 and 2014 for overweight and obese individuals.

Living with excess body weight and obesity can cause changes to the body, such as forcing the organs to work harder and glands to produce higher amounts of hormones. Inflammation occurs, risking damage to healthy tissues. The cancers often related to higher body mass indexes (BMI), include:

A sedentary lifestyle, including a lack of exercise, can also increase cancer risk by creating a higher risk of obesity. Certain foods, such as heavily processed products, may also contribute to obesity.

Self-proclaimed health wellness forums may suggest that genetically modified organisms (GMOs) are among cancer risk factors. While the issue of GMOs remains subject to debate, there is currently insufficient medical or scientific evidence to support those claims.

Genetic modification can be as simple as cross-pollinating two types of plants. The notion of genetic modification sounds like a modern-day lab experiment, cooked up in the kitchens of a huge corporation. However, genetic modification has been occurring for centuries, reports the National Library of Medicine. Smaller farmers cross-pollinated plants to develop better breeds. The same applies to animals and livestock. The irony lies in the fact that genes were not totally understood until the last century, and for that matter, scientists continue working to unravel the mysteries of the genetic code.

GMOs are different from using chemicals to create a certain effect on a population of plants or animals. Chemicals, such as pesticides and antibiotic-laced food supplies, are frequently used to kill pests and encourage a healthy harvest. Unfortunately, the use of these chemicals perpetuates the idea of GMOs as a practice with negative effects. In terms of cancer, however, the introduction of chemicals is more likely to be a source of concern than basic genetic modification. For now, insufficient evidence exists to support a total claim that consumption of GMOs increases cancer risk.

Multiple studies have found the consumption of light amounts of alcohol, such as a single serving of wine per week, may increase longevity and offer health benefits. Wine is high in antioxidants, which reduce the effect of oxygen atoms, also known as free radicals, on healthy tissues. Although the body needs oxygen to survive, free radicals are the unbound oxygen atoms that may enter the bloodstream or derive from other substances during metabolism. Lowering free radicals can reduce the risk of damage to healthy tissues.

Wine is also associated with a reduction in chronic inflammation, heart disease, autoimmune disorders, and even some cancers. Moderate consumption of red wine may reduce the risk of colorectal cancer and cancers of the blood and cardiovascular system (heart and blood vessels), says one study, published by the National Library of Medicine and in full text at ResearchGate.

But that is where the health benefits seem to end in the purview of today’s studies. When alcohol consumption becomes problematic or excessive, including both binge and heavy drinking, it increases cancer risk.

Alcohol has been found to increase the risk of breast, mouth, throat, larynx, esophageal, liver, colon and rectal cancers, as well as those occurring in the pancreas and stomach. The risks associated with alcohol use also exhibit a positive correlation. In other words, as alcohol consumption grows in both volume and frequency, the risk increases. According to the American Cancer Society, people should also note that smoking and drinking together greatly increases the risk of cancer more than either risk factor alone.

Alcohol can irritate healthy tissues. Over time, the cells begin to falter in their attempt to repair the damage. At some point, the cells begin to lose their ability to recognize the continued damage, and a change (mutation) occurs within the DNA. The cells may then begin to function irregularly, presenting another instance where damage may give rise to cancer. Sadly, that is not the full scope of alcohol and its association to cancer.

Bacteria within the colon may process alcohol and produce a chemical known as acetaldehyde. Acetaldehyde has been proven to cause cancers in lab animals. Additional byproducts of metabolized alcohol in the liver may cause similar damage. This damage then results in damage to the cellular DNA, increasing cancer risk again. As a result, it is possible for a person that consumes excess alcohol to develop higher cancer risks across multiple areas of the body.

Alcohol may also lead to risky behaviors, such as unsafe sex practices, increasing the risk of a sexually transmitted disease (STD) or infection (STI). While cancer cannot spread like the flu, STDs and STIs increase the risk of damage to tissues.

The best way to approach this risk is to avoid excess alcohol consumption. For those with a known cancer diagnosis and undergoing treatment, health officials also advise the complete avoidance of all alcohol. For example, alcohol could irritate oral sores or worsen other side effects of chemotherapy and even lessen the effectiveness of radiotherapy.

Information Is Key to Reducing Your Cancer Risk

Cancer rates have gradually declined over recent decades, thanks in part to awareness campaigns and a growing understanding that people can take steps to keep their risk in check. While some people may have genetic predispositions to certain cancers, everyone should pay attention to the preventable risk factors.

For people with a family history of cancer or with a known genetic risk, such as those listed in FDA-approved DNA tests, it’s important to understand and avoid the most prominent environmental risk factors.

Of course, even with the best-laid plans for keeping risk in check, cancer can still occur. Aside from the four factors listed above, there are a large number of other cancer risk factors that individuals need to keep in mind. For example, the sun itself is one of the unavoidable cancer risk factors. For the sun and other unavoidable risk factors, take practical precautions such as using sunscreen.

Be aware of your individual situation and the risk factors that are unique to you, your genetics, and your lifestyle. Anything that causes damage to cellular structure or tissues could present a risk, but by knowing the top risks, you can take appropriate actions.

Trust the Experts to Help Guide You Through a Diagnosis, Treatment, and Lowering Your Risk

If you are concerned about your history of cancer or are in need of treatment, schedule a consultation with SERO Group (SERO) online or by calling 1 (704) 333-7376. Cancer may happen. What you do to keep it at bay or lessen your risk of recurrence will make a difference. 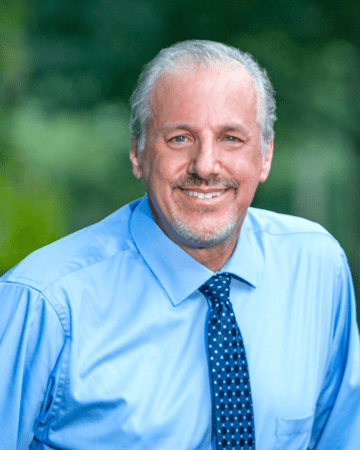 What You Need to Know About Stereotactic Radiosurgery and Its Impact on Brain...