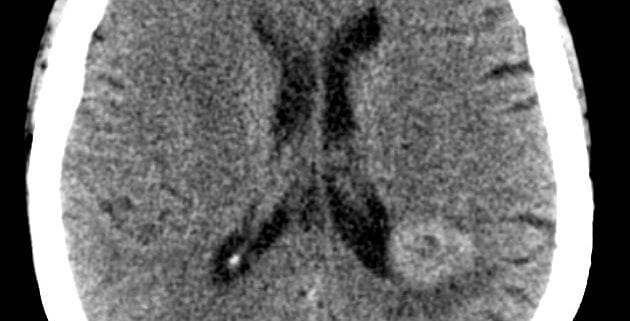 Brain and nervous system cancers will cost the lives of 17,760 people in 2019, according to predictions by the National Cancer Institute. Unfortunately, more than 23,000 people will receive a new brain tumor diagnosis in 2019 as well, and only about one-third of those with a diagnosis will survive beyond five years.

For those with a brain tumor or another form of central nervous system cancer, treatment can feel overwhelming. The brain is a delicate organ and no one wants to think about the possibility of an invasive surgery for brain tumor treatment. However, advancement in the field of radiotherapy shows significant promise for some treatments without  the need for surgery. Specifically, the use of stereotactic radiosurgery (SRS), or other highly focused radiation, for brain tumors may reduce the impact of radiation exposure to healthy tissues. Those living with a brain tumor diagnosis need to understand how this form of radiotherapy can target the brain tumors or metastases, lessen the impact on cognitive function, improve survival chances, and more.

Brain Tumor Treatment and Its Impact on Cognitive Function

Brain tumor treatment continues to benefit from the use of radiotherapy. Unfortunately, the use of radiation to treat the entire brain presents unique challenges in mitigating damage to non-cancerous tissues. The physical side effects of radiation therapy to the brain may include:

While these side effects may vary in severity and persistence, the riskiest side effect goes back to the brain function itself—cognitive ability. Over time, the effects of radiotherapy can lead to a loss of memory, speech problems and even trouble with fine motor movements. However, ongoing research on stereotactic radiosurgery has reshaped how care providers approach brain tumor treatment.

There was a time when providing complete radiation to the brain, or large volumes of brain, was the only solution, but as technology, namely imaging capabilities and advanced treatment equipment, grows more advanced, radiation oncologists have reduced the field of exposure. Using focused beams of radiation, stereotactic radiosurgery targets precise locations and limits the affected area. As a result, the beam carries only enough power to reach the targeted area, reducing the risk of affecting tissues further along in its path. Moreover, the moving parts of the equipment confine the beam to further reduce the exposure area to the size of the tumor.  Thus, the tumor can be treated with high doses of radiation while the surrounding normal brain receives much lower doses of radiation.

Unlike a traditional surgery, stereotactic radiosurgery relies on focused radiation beams to treat tumors of smaller sizes. SRS enables targeted treatment in various parts of the body. Tumors within the brain, neck, liver, spine, and lungs may benefit from the use of SRS and, since this approach to managing cancer eliminates the need for a physical incision, risk of complication decreases and it is performed as an outpatient with no need for hospitalization as is expected with traditional surgery.

The benefits of radiosurgery as a go-to treatment for brain tumors relies heavily on its lowered impact on healthy neural tissues. In a recent study, “Strategies to Preserve Cognition in Patients With Brain Metastases: A Review,” published by the U.S. National Library of Medicine, researchers sought to determine how those living with brain metastases would benefit from the use of stereotactic radiosurgery compared to a more traditional treatment, such as whole brain radiation therapy (WBRT).

Researchers looked into how a reduction in radiation exposure to the hippocampus may preserve cognitive function. Findings from the report suggest targeted stereotactic radiosurgery provides superior results compared to WBRT as follows:

“While WBRT remains an appropriate treatment for contemporary patients with diffuse brain metastases, there is a wealth of randomized evidence indicating that avoiding WBRT in favor of SRS for suitable candidates can offer superior cognitive preservation.”

Physicians at South East Radiation Oncology group are proud to have had leaderships roles in the large NCI sponsored cooperative group trial that established SRS as superior to SRS plus WBRT in regards to cognitive function for those patients with brain metastases.

SRS is a good option for many patients with small brain tumors or metastases. However, the use of SRS still carries some risk that those living with cancer must consider.

Malignancies involve the origin of a cancer from outside a given organ. In this case, brain metastases may have originated in the lungs or other tissues. Even when cells remain small, they could survive undetected until the tumors begin to grow expressively. As a result, brain metastases may not appear for several weeks to months after the cells first emerge in the brain. This opens the door to the risk of cancer cells surviving within neural tissue unidentified.

What to Expect During Radiosurgery Planning and Treatment

After reviewing the risks and potential life-changing benefits of stereotactic radiosurgery, those living with cancer need to understand the process. Before ever receiving treatment, a multidisciplinary care team will carefully evaluate your candidacy for any type of radiotherapy based upon the imaging and overall severity of other medical conditions including the status of a primary malignancy.

The purpose of extensive imaging studies is simple; care providers must map the exact path of radiation and how to achieve targeted treatment without damaging nearby tissues. Furthermore, team members will determine the exact dosing requirements to best destroy the cancer. After assessing all factors, the actual treatment will be scheduled.

At the time treatment, physicians may take additional imaging scans to confirm tumor location and size prior to initiation.  Some forms of SRS require a stereotactic frame to be affixed to the skull at four points with small pins.  Fortunately, at the SERO sites that perform SRS, we are able to use a frameless, mask-based system to hold the patients head very still for the treatment, but does not require the more invasive frame.  The mask is a bit uncomfortable, but the health care team can give the patient medications to help the patient relax and tolerate the procedure without difficulty.  In general, the procedure takes an hour or two.

Choosing the best brain tumor treatment should always include an evaluation of all available options. While the use of WBRT remains the right choice for some patients, it is not the only solution for those with single or multiple brain metastases.

The advancements and potential benefits of SRS are clear. At the same time, cognitive functioning remains vital to quality of life and focused radiation with SRS gives the highest chance of preserving cognitive function. It is not just about treating the cancer. Care providers and those receiving treatment also need to consider how well a person can live after treatment. Thus, those with a diagnosis should choose an expert in radiotherapy to evaluate and determine their candidacy for SRS as the first line of treatment for brain tumors.

Find out more about whether this type of radiotherapy is ideal for you by visiting SERO Oncology Group, P.A. online or calling 1-704-333-7376. Remember, you have options for brain tumor treatment and deserve the best treatment possible. 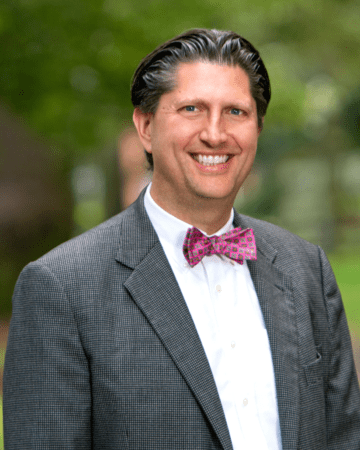 Four of the Leading Cancer Risk Factors
Scroll to top