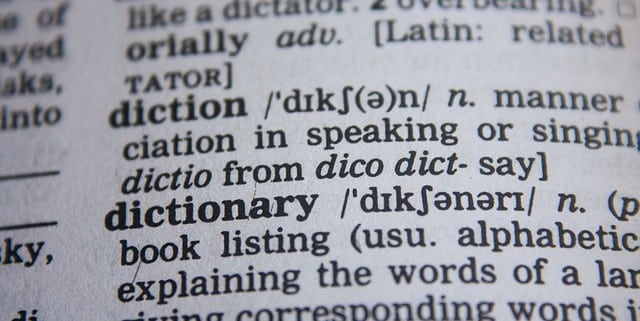 including information furnished by the National Cancer Institute.

Basal cell (BAY-sul SEL): A small, round cell found in the lower part (or base) of the epidermis, the outer layer of the skin.

Benign (beh-NINE): Not cancerous. Benign tumors may grow larger but do not spread to other parts of the body. Also called nonmalignant.

Biological therapy (BY-oh-LAH-jih-kul THAYR-uhpee): Treatment to boost or restore the ability of the immune system to fight cancer, infections, and other diseases. Also used to lessen certain side effects that may be caused by some cancer treatments. Agents used in biological therapy include monoclonal antibodies, growth factors, and vaccines. These agents may also have a direct antitumor effect. Also called biological response modifier therapy, biotherapy, BRM therapy, and immunotherapy.

Biopsy (BY-op-see): The removal of cells or tissues for examination by a pathologist. The pathologist may study the tissue under a microscope or perform other tests on the cells or tissue. There are many different types of biopsy procedures. The most common types include: (1) incisional biopsy, in which only a sample of tissue is removed; (2) excisional biopsy, in which an entire lump or suspicious area is removed; and (3) needle biopsy, in which a sample of tissue or fluid is removed with a needle. When a wide needle is used, the procedure is called a core biopsy. When a thin needle is used, the procedure is called a fine-needle aspiration biopsy.

Blood vessel: A tube through which the blood circulates in the body. Blood vessels include a network of arteries, arterioles, capillaries, venules, and veins.

Cancer (KAN-ser): A term for diseases in which abnormal cells divide without control and can invade nearby tissues. Cancer cells can also spread to other parts of the body.

Carcinoma in situ (KAR-sih-NOH-muh in SY-too): A group of abnormal cells that remain in the place where they first formed. They have not spread. These abnormal cells may become cancer and spread into nearby normal tissue. Also called stage 0 disease.

Cartilage (KAR-tih-lij): A tough, flexible tissue that lines joints and gives structure to the nose, ears, larynx, and other parts of the body.

Cell (sel): The individual unit that makes up the tissues of the body. All living things are made up of one or more cells.

Cryosurgery (KRY-oh-SER-juh-ree): A procedure in which tissue is frozen to destroy abnormal cells. This is usually done with a special instrument that contains liquid nitrogen or liquid carbon dioxide. Also called cryoablation and cryosurgical ablation.

Curettage (kyoo-reh-TAHZH): Removal of tissue with a curette (a spoon-shaped instrument with a sharp edge).

Curette (kyoo-RET): A spoon-shaped instrument with a sharp edge.

Dermatologist (der-muh-TAH-loh-jist): A doctor who has special training to diagnose and treat skin problems.

Dermis (DER-mis): The inner layer of the two main layers of the skin. The dermis has connective tissue, blood vessels, oil and sweat glands, nerves, hair follicles, and other structures.

Dysplastic nevus (dis-PLAS-tik NEE-vus): A type of nevus (mole) that looks different from a common mole. A dysplastic nevus is often larger with borders that are not easy to see. Its color is usually uneven and can range from pink to dark brown. Parts of the mole may be raised above the skin surface. A dysplastic nevus may develop into melanoma (a type of skin cancer).

Electrodesiccation (ee-LEK-troh-deh-sih-KAY-shun): The drying of tissue by a high-frequency electric current applied with a needle-shaped electrode.

Epidermis (EH-pih-DER-mis): The outer layer of the two main layers of the skin.

Excisional biopsy (ek-SIH-zhun-al BY-op-see): A surgical procedure in which an entire lump or suspicious area is removed for diagnosis. The tissue is then examined under a microscope.

Excisional skin surgery (ek-SIH-zhun-al SER-juhree): A surgical procedure used to remove moles, cysts, skin cancer, and other skin growths using local anesthesia. To treat skin cancer, the doctor uses a scalpel to remove the entire tumor and some of the healthy tissue around it.

Fine-needle aspiration biopsy (AS-pih-RAY-shun BY-op-see): The removal of tissue or fluid with a thin needle for examination under a microscope. Also called FNA biopsy.

Fluorouracil (floor-oh-YOOR-uh-sil): A drug used to treat symptoms of cancer of the colon, breast, stomach, and pancreas. It is also used in a cream to treat certain skin conditions. Also called 5-fluorouracil and 5-FU.

Gland: An organ that makes one or more substances, such as hormones, digestive juices, sweat, tears, saliva, or milk.