The days following a lung cancer diagnosis can be overwhelming. You will likely have many questions about the severity of your lung cancer, what treatment options are available, and the efficacy of those treatment options. Cancer staging can help your oncologist answer these questions.

Staging is the process of determining how much cancer is in a person’s body and its exact location. Doctors use this information to create a cancer treatment plan — a roadmap that lays out the expected path to recovery. This roadmap may incorporate immunotherapy, surgery, chemotherapy, or radiation therapy.

What Is Lung Cancer Staging?

A comprehensive cancer treatment plan considers the patient’s stage of lung cancer as well. Staging is a way of describing how much cancer is in a person’s body and where it is located. Using this information, doctors can recommend appropriate therapies like radiation therapy for early-stage SCLC or chemotherapy for advanced-stage NSCLC. Doctors can also provide a patient with a prognosis, or an estimate of how the disease will likely advance and the chance of survival.

How Is My Lung Cancer Stage Determined?

Some lung cancers are detected during preventative lung cancer screenings. However, most cancers are found when they start causing symptoms. If your health has declined suddenly or you are experiencing symptoms that suggest lung cancer, your doctor will likely recommend an imaging test.

If an imaging test reveals potentially cancerous lesions or other abnormalities, your oncologist will order a lung biopsy. During this procedure, a small sample of lung tissue is collected using a needle. If fluid has pooled around the lungs, doctors may test this for cancer. A sample of sputum (mucus coughed up from the lungs) can also be tested.

If lung cancer is detected, more tests are needed to accurately stage the disease. To determine if the lung cancer has spread within the chest, doctors may recommend an endobronchial ultrasound or endoscopic esophageal ultrasound to visualize nearby lymph nodes. A mediastinotomy or thoracoscopy may also be done to see if the cancer has spread to the space between the lungs.

When Is Cancer Staging Done?

A patient’s clinical stage is an estimate of the lung cancer’s severity based on diagnostic imaging tests and biopsies. This information helps doctors determine the most appropriate cancer treatment plan.

If surgery is the first cancer treatment, then doctors can also determine the pathological stage (also called the surgical stage). This cancer stage is based on previous diagnostic imaging tests and biopsies as well as new information gathered during surgery. Pathological staging is often more accurate than clinical staging.

Post-therapy staging helps measure the cancer’s response to treatments other than surgery such as chemotherapy or radiotherapy.

How Is NSCLC Staged: The TNM System

The first step in staging lung cancer is to analyze the primary tumor, or where the cancer originated. Doctors will consider the tumor’s size, location, and whether or not it has spread.

They will then assign the T category a letter or number:

Lymph nodes are small structures that help the body fight disease and infection. Lung cancer often spreads to nearby lymph nodes before metastasizing to other areas of the body.

The N category can be assigned a letter or number:

When lung cancer progresses, it often spreads to other parts of the body. This is called metastasis. Lung cancer frequently metastasizes to the nervous system, bones, liver, and adrenal glands first. When this happens, a more aggressive cancer treatment plan is needed.

The M category is assigned a number:

How Is NSCLC Staged: Stage Grouping

Once the values for T, N, and M are determined, doctors assign NSCLC a stage grouping. The general stages of NSCLC are denoted using Roman numerals I to IV. Higher-stage lung cancers are often more severe and generally require more intense treatment.

Sometimes stages are subdivided using capital letters and additional numbers. For instance, stage IA1 or stage IIB. This subdivision allows doctors to provide more precise and detailed descriptions. Additionally, some lung cancers are classified as stage 0 (carcinoma in situ). This means that precancerous cells have been detected but have yet to spread.

The five general stages of NSCLC are:

Some doctors use the TNM system to classify SCLC. Typically, however, this type of lung cancer is considered either limited stage or extensive stage. In limited stage SCLC, the lung cancer is usually confined to one lung and the adjacent mediastinum. Radiation therapy in concert with chemotherapy is the preferred treatment for most limited stage patients.

There are several ongoing clinical trials for patients with limited or extensive stage small cell lung cancer. If you are interested in enrolling in a clinical trial, ask your doctor if you may be a candidate.

Lung cancer staging is critical because it helps doctors determine an appropriate cancer treatment plan. But staging also provides insight into survival rates. Survival rates tell you the percentage of people with a certain type and stage of cancer who survived for a specific period of time, generally given by projections for two or five years.

Since these percentages are based on samplings of patients, they are considered averages. That means they may not exactly predict the outcome for a single individual, but they do provide patients with a better understanding of how effective their treatment may be.

Typical estimates for five-year survival rates2 for patients with NSCLC who undergo treatment are:

Patients with stage 0 cancer should have an excellent five-year survival rate.

SCLC is an aggressive form of lung cancer that is more common in current and former smokers. Since SCLC spreads quickly, invading the blood and lymph nodes, survival rates are comparatively lower.

The general 5-year survival rate for people with SCLC is 7%. It is important to note that survival rates depend on several factors, including the stage of the disease.

For people with localized SCLC, which means the cancer has not spread outside of the lung, the overall 5-year survival rate is approximately 27%.

For regional SCLC, which means the cancer has spread outside of the lung to nearby areas, the 5-year survival rate is approximately 16%.

If the cancer has spread to a distant part of the body, the 5-year survival rate is 3%. However, some people with advanced lung cancer can live many years after diagnosis.

Receive an Accurate Diagnosis With SERO

At SERO, we understand that an accurate lung cancer diagnosis can affect your treatment decisions, possible toxicities, and ultimate outcome. That is why our board-certified radiation oncologists use the most advanced diagnostic imaging tools available. This technology allows them to offer an accurate diagnosis and, in doing so, develop an effective cancer treatment plan.

To learn more about your lung cancer treatment options, contact us to schedule an appointment at one of our cancer treatment centers. We offer state-of-the-art radiation oncology services at over a dozen of locations in the Charlotte area. 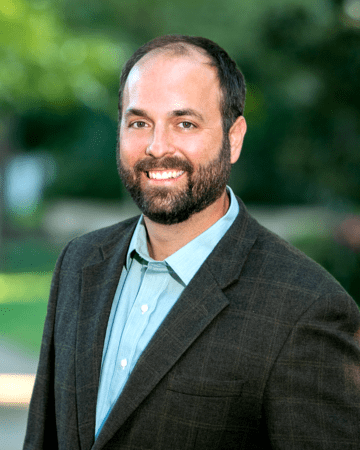