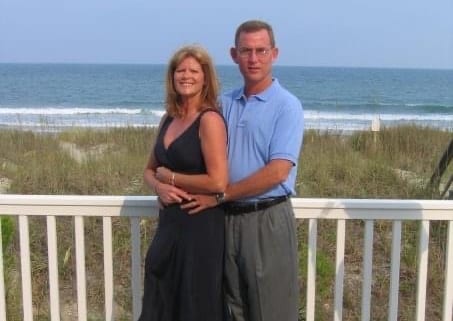 At SERO, our providers are proud of the meaningful relationships they form with patients. We strive to provide care that’s personal, not transactional. We want to know about our patients as people with full lives – not just conditions.

As part of that effort, we feature interviews throughout the year with our providers, asking them about their backgrounds and the lives they lead outside of the office. Just as we enjoy getting to know about our patients and their lives, we believe that it is important for patients to get to know their providers on a personal level, too. With deeper relationships come greater levels trust and comfort – and with those, come greater levels of care.

This month, we introduce you to Dean A. Gant, MD:

How Do You and Your Family Enjoy Spending Free Time?

My wife and I believe it’s easier to relax when everyone is on island time. Whenever possible, we enjoy going to the Virgin Islands to sail catamarans and go scuba diving. Both of us have earned our bareboat captain certificates, too.

Where Did You Grow Up?

I’m actually one of the few Charlotte, NC natives. I was born at Presbyterian Hospital in the Elizabeth neighborhood. I went to West Charlotte Senior High School and graduated from there in 1977.

What Did You Pursue After High School?

When I was 17 years old, I enlisted in the U.S. Army to become a medic. From there, my military career continued, and I graduated from U.S. Military Academy West Point in 1983. I went on to earn a Masters of Physics in 1991 and after that, I returned to West Point – this time, as faculty. I was an Associate Professor of Physics at West Point until 1994, when I began Medical School at UNC – Chapel Hill as part of an Army scholarship program.

Throughout my schooling and early career, I always hoped I’d eventually return home to Charlotte to continue my medical practice.

When Did You Begin Oncology?

What Brought You Back Home to Charlotte?

Being offered an opportunity with Southeast Radiation Oncology Group allowed me to continue the next chapter of my radiation oncology career in Charlotte. Not only did this move allow me to join a network of highly qualified radiation oncologists who practice throughout the metro area, but it brought me home – close to the family and friends whom I grew up with.